Oracle technology is used by the police and military in China.

Ingenuity Mars Helicopter Gets Off the Ground

5G as a wireless power grid

Massacre of the Rohingya

Rosenstiel Award given to pioneering scientists behind COVID-19 vaccines

This year’s prize for distinguished work in basic medical research was awarded to Katalin Karikó and Drew Weissman for work on messenger RNA. 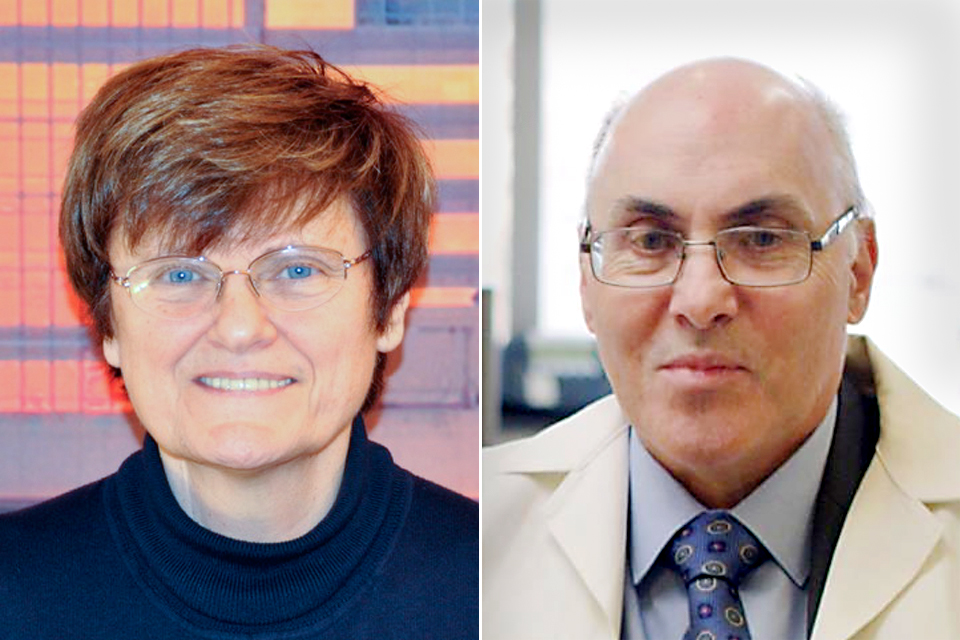 Brandeis University and the Rosenstiel Foundation are pleased to award the 50th annual Lewis S. Rosenstiel Award for Distinguished Work in Basic Medical Research to Katalin Karikó and Drew Weissman ’81, MA ’81, P’15, for their groundbreaking work in the modification of nucleic acids to develop RNA therapeutics and vaccines.

Karikó, senior vice president at BioNTech RNA Pharmaceuticals, and Weissman, a professor of medicine at the Perelman School of Medicine at the University of Pennsylvania, pioneered much of the science underlying two of the COVID-19 vaccines now being given to tens of millions of people across the globe. 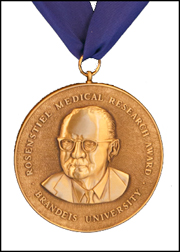 By engineering a modified version of the messenger RNA (mRNA) inside human cells and then developing a system to deliver it to its target, the two researchers laid the groundwork for the vaccines brought to fruition by Pfizer/BioNTech and Moderna.

“This award celebrates how basic research in molecular biology can be the foundation for applications that can affect the lives of us all,” said James Haber, the Abraham and Etta Goodman Professor of Biology and director of the Rosenstiel Basic Medical Sciences Research Center.

“Through their painstaking research into mRNA – and persistence despite setbacks – Weissman and Karikó laid the groundwork for vaccines that will save countless lives.”

Peter Gruber Endowed Chair in Neuroscience and 2017 winner of the Nobel Prize in Physiology or Medicine Michael Rosbash said:

“Among the few positive consequences of the current pandemic are the successful efforts made worldwide to generate effective vaccines. The most creative of these rely on the new messenger RNA technology pioneered by Kariko and Weissman. This is a great story where individual initiative in basic science has ended up having a remarkable real-world impact.”

The award will be presented on February 8 at 12 p.m. via webinar. Register for the event here.

Anthony Fauci, director of the National Institute of Allergy and Infectious Diseases, and Derrick Rossi, co-founder of Moderna, will present congratulatory remarks.

Karikó and Weissman began working together over 20 years ago when both were at U Penn.

At the time, many scientists didn’t believe mRNA, which transport instructions from DNA to the ribosomes for the production of proteins, could be the basis for a vaccine. In experiments, injecting mRNA into mice caused deadly inflammation.

But Karikó and Weissman pressed on, discovering a method of altering mRNA that enabled it to enter cells without triggering the body’s immune system. They did this by tweaking one of the four nucleosides that are the building blocks of mRNA.

Several years later, Karikó and Weissman devised a method of packaging mRNA inside a lipid nanoparticle — a small bubble of oil — so that the molecule didn’t fall apart as it traveled through the body.

“We basically tested every possible delivery system and found this was the best,” Weissman recently told BrandeisNOW.

The COVID-19 mRNA vaccines work by spurring human cells to produce the spike-shaped protein found on SARS-CoV-2, the virus that causes the illness, and triggering the immune system to produce protective antibodies.

In general, mRNA vaccines have the advantage of being cheaper to produce than traditional vaccines for chickenpox, polio, flu or rabies. It’s also hoped they can be adapted to treat other infectious diseases such as genital herpes (which is caused by the herpes simplex virus), influenza, Zika and HIV.

“The COVID-19 vaccine breakthrough is a great example of how basic science innovations, such as the RNA technology pioneered by Weissman and Karikó, can have an enormous impact on advances in the biomedical sciences,” said biochemist Carol Fierke, the university’s new provost and executive vice president.

In addition to her post at BioNTech, Karikó is an adjunct associate professor at the Perelman School of Medicine at the University of Pennsylvania. Weissman is also director of vaccine research at the Perelman school’s division of infectious diseases.